FLY BROTHER is a travel docu-series started in 2010 by founder Ernest White II which has recently been turned into a public TV show on PBS channels across the U.S. In each location he travels to, Ernest meets with his real-life friends to explore their favorite local hotels, restaurants, and social haunts, making connections with the locals along the way.

FLY BROTHER came to us with an old, outdated site that was actually split into two separate sites–one to promote the new TV show, and another which hosted years of travel updates in blog format. Our goal was to rework both sites into one new site that captured everything Ernest wanted to present, and then port all of the information over to the new platform.

We started out with a fresh, blank theme, and built a totally new site from scratch, which we were then able to port all of the existing content into. As an added bonus, everything now looks great on mobile devices such as iPads and smartphones as well.

We continue to support Fly Brother via an ongoing contract for annual web hosting and support. 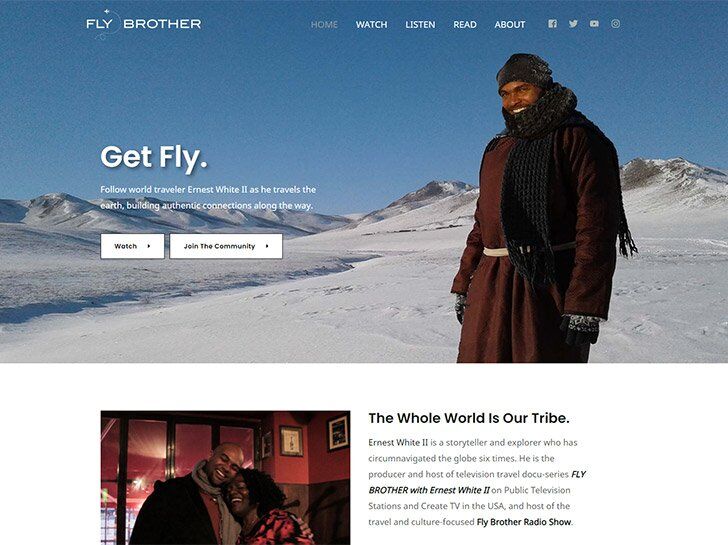